The best camera is the one that’s with you.

I’m not sure who originally said that, but whoever they are, they’re quite right.

Regular readers may have noticed that I *love* taking photos. I’ve got a variety of cameras, from my beloved Nikon D50, the fabulous Panasonic TZ10, my cheap & cheerful Canon point & shoot, to an old plastic lensed Holga.

The camera I carry round with me though is the one in my phone. It’s an HTC Desire S, and takes perfectly decent photos. Well, perfectly decent for viewing on-screen. I’m not sure I’d want to blow them up to poster size!

One of the things I like doing is taking macro shots. The TZ10 and the Canon both have pretty decent macro modes, but my phone camera is a bit lacking in that department.

One day I noticed that Photojojo (brilliant site) were selling a ‘macro lens band‘ – basically a rubber band with a mini lens in it which gave your phone camera better macro capabilities. They sell a range of others too, but the macro lens band looked cheap & cheerful, coming in at $15+ shipping to the UK.

Ah, there’s the rub. USPS first class would take 2-4 weeks and cost at least $12. Making a cheap & cheerful toy into a $27 investment. Hmm. Shelve that idea.

Some time later I saw a blog post (I forget exactly where, but there are a few around now) about making a cheap macro lens for your mobile phone. It involves taking the focussing lens out of a DVD drive and using that.

As it happened I had a spare non-working DVD drive knocking around (see, saving things *is* useful!), so set to with a screwdriver and managed to extract the tiny plastic lens with minimal damage to myself. Hardly any blood was shed. Bonus.

The lens itself measures a couple of milimetres across, and is a bit fiddly to hold. I did think about hacking an elastic band to fit the lens too, but that seemed a bit fiddly.

Then I struck on an idea. See? 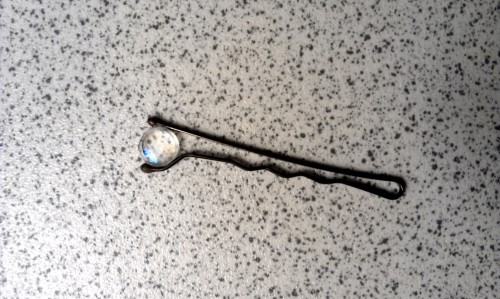 One hair grip (thanks to my daughter!), a spot of superglue and you have a handle for the lens. It’s now fairly easy to hold in place on the phone – I may hack it further by adding an elastic band to hold it in place, or fashion something out of Sugru. As you can see, the photos come out pretty well!

Close-up of a cheerio 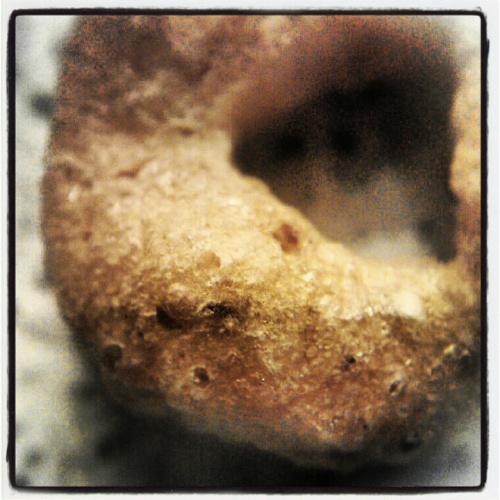 YT. I’m also quite fond of taking photos of eyes. 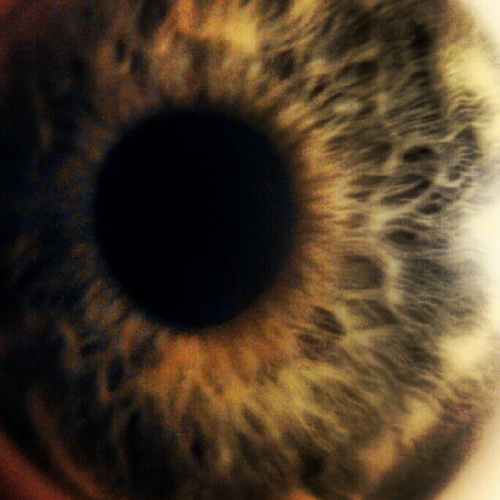 And finally a shot I took for Ian’s #DecemberPhotoFun challenge. (@ianstreet67 on Twitter).

The theme this week is ‘material’ – can you guess what it is? 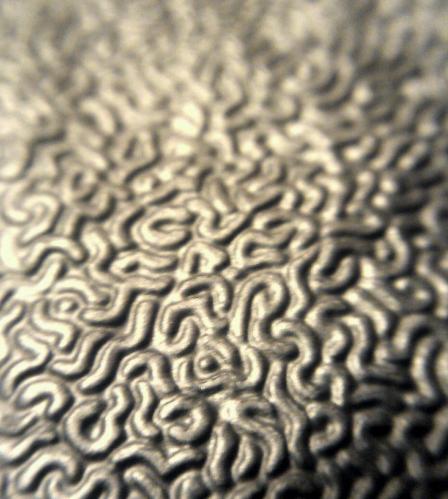