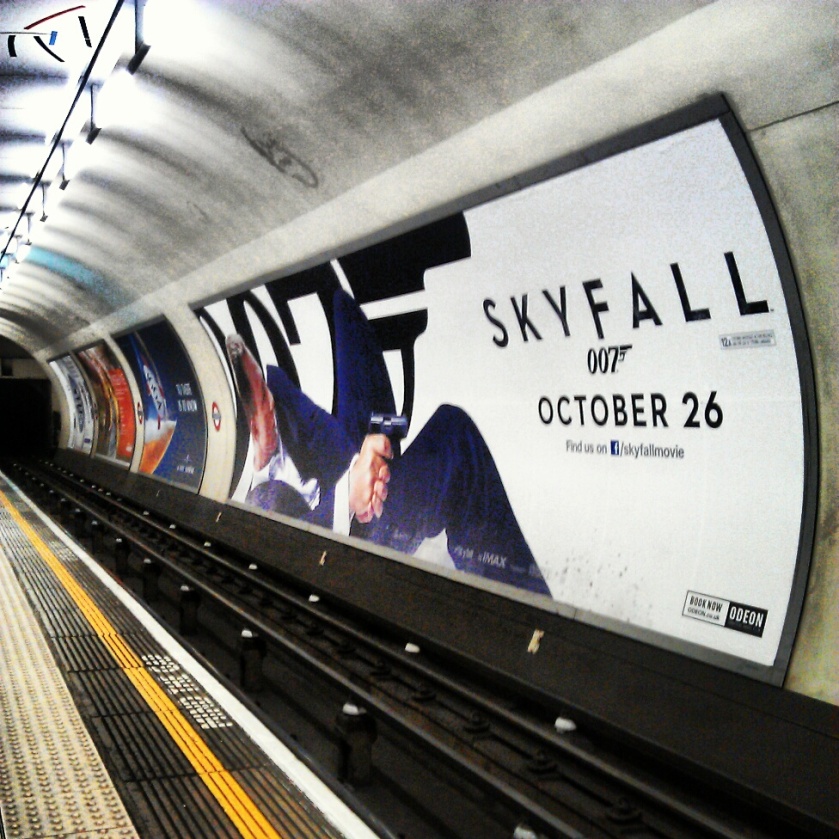 I present, in no particular order, ten reasons why Skyfall is the best Bond movie, ever. Starring the best Bond, ever (imho)…

Spoilers abound, naturally. You have been warned.

Daniel Craig
It became clear to me very quickly whilst watching Casino Royale that Daniel Craig would make a very good Bond indeed. By the end of the opening credits I was convinced. He even redeemed Quantum of Solace (though more of than in another post).

In Skyfall he absolutely owns Bond and cements his place as The Best Bond. I will quite happily explain why, at great length, to anyone who asks. Again, maybe another blog post…

The pre-title sequence
Normally in a Bond film we meet our hero in mid-adventure, risking life & limb for Queen & country. But, he always gets away with it. This time it’s equally thrilling, with car chases followed by bike chases followed by derring-do atop a speeding train. Bond will surely retrieve the disc, won’t he?

Not this time. Farewell, Mister Bond. For now…

Cinematography
Skyfall looks amazing. Roger Deakins does a wonderful job throughout a largely UK-centric film. From the grim, rain-soaked streets of London to the neon-lit skyscrapers of Shanghai and the highlands of Scotland, the locations of a Bond film have never looked better.

Script
Bond is a character who says little, preferring action over chit-chat. There are some wonderful lines though, from Q’s “What did you expect, an exploding pen? We don’t really go in for that sort of thing any more,” to Bond’s “What makes you think this is my first time?”.

It’s M who gets all the best lines though, quoting Tennyson at a public inquiry into her losing the mcguffin hard drive, and her wonderful dismissal of Bond at her house, an over-the shoulder “well, you’re bloody well not sleeping here.”

Silva’s entrance speech is also mesmerising, a long, oh-so-slow walk up to Bond, reminiscent of Lawrence of Arabia (with just a hint of Tim Curry’s memorable entrance in Rocky Horror), monologuing all the way, as all good villains do.

References to previous Bond movies
Oh, so many references. Little nods to the fans. It is a 50th birthday for Bond, of course, so lots of presents! How many did you spot? Here’s a few:

Judi Dench
Oh, Dame Judi. How we adore thee. Much as Daniel has done with making Bond his own, you’ve done the same with M, but for longer. Bond is nothing without the ladies, and doubly so in your case. The supreme matriarch figure, taking no crap from anyone. We shall miss you.

Javier Bardem
One of the best Bond villains we’ve seen for a long while. Silva is cunning, clever and ruthless. And by golly does he monologue well. And the only Bond villain to actually get what he wants. Stick that in your pipe & smoke it, Blofeld.

That theme song
There’s the theme tune. After Casino Royale’s “You Know My Name” by Chris Cornell (which I still rate as a decent Bond tune, though realise that I’m firmly in the minority here) and Quantum of Solace’s theme, which I really dislike with a passion, we get a full-blown Oscar-winning Bassey-esque belter, courtesy of Adele.

This is a proper Bond tune, for our proper Bond. One which you can still hum days later. Big, brassy and bold. Utterly splendid, it wouldn’t feel out of place in any of the earlier Bond movies. Easily in my top 5. But that’s for another post, another day.

The ending (or is it a beginning?)
No, not the Silva/M ending. Though that in and of itself is quite splendid. The big reset, a clearing of the decks. We’ve got our new, proper Bond, and we have a new M to run the show. And a new, more capable, Moneypenny, not to mention Q. This feels like a new beginning. I, for one, can’t wait to see where they’ll take us next.

So. There you have it. My ten reasons why Skyfall is the best Bond movie. Do you agree or disagree?

19 thoughts on “Ten reasons why Skyfall is the best Bond movie.”