I must confess that I read Liz’s post on hobbies earlier today and was struck by how similar we are.

You see, we’re both scanners. As she puts it:

You see, for a scanner, everything is interesting. And therefore everything is potentially a hobby. On a great day, that can make you feel like you’re on top of the world but on a bad day it’s just impossibly frustrating as the knowledge that you’ve only got one life and are simply not going to get the chance to try everything that takes your fancy

I bought a guitar nearly a year ago, planning on taking that up as a new hobby, but it’s still sat upstairs, gathering dust.

I say that I’m a writer, but I’ve not written anything other than this blog for months now.

I’m definitely a photographer, or at least someone who takes photos.

Also on the list of proto-hobbies is drawing. I’d love to be able to draw well, but I never get further than doodles which all too often end up like this: 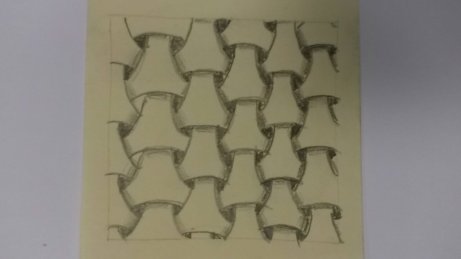 Like Liz I’ve also got ‘run a marathon’ on my list. It’s been there for many years, and I’ve run more than a few half marathons. But I’ve realised that what I actually want is to be able to say I’ve done it, rather than actually enjoying doing it. I think I *should* want to do it.

Crossing it off. I’ve knackered my achilles anyway so running is off. Cycling is ok though, so long as I don’t fall off again…

I need to enjoy doing things because I want to do them, not because I think I ought to.

I’ll never stop wanting to try new things and I suppose I’ll always be a scanner, looking for the next new thing to try. I quite fancy trying the ukulele, for example, and my daughter recently took up crochet, which I found enormously relaxing when she showed me, so I suppose that’s on the list.

Maybe we should set up a skill-share scheme – I’ll teach you how to juggle, or give you some photography advice.