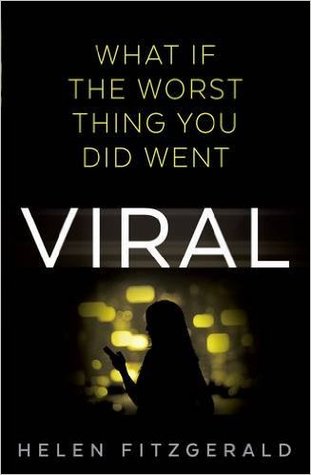 I’m delighted to host a guest post by Helen FitzGerald, author of Viral. Without further ado, over to Helen to talk about characters and adoption.

Years ago, when I worked in a café in Melbourne, a heavily pregnant woman came in for a coffee. She had a gorgeous black baby in her arms, and she was besotted. After years of trying to get pregnant, she and her husband had adopted from abroad (I can’t recall which country). As can happen, she fell pregnant as soon as she stopped trying, which was shortly after she brought her adopted baby back to Australia. The next time I saw this woman, she was on the television news. Social services had taken her baby away, arguing that she would not cope with two children so close in age, and that issues of race and cultural identity would be too complex to handle now she was the mother of two children with different coloured skin.

I don’t know what happened to this woman, and whether she got the baby back. For years I‘ve thought about her and have wanted to write about an Asian child who is adopted into a white family. But I was always too nervous to take the plunge. What do I know about adoption? What do I know about being Asian?

In the end, I decided my nervousness was a good thing. I had lots of questions, many of them uneasy. Having written ten other books, I’ve learned that unease is my friend. I decided to write Viral. South-Korean Su would be my main character.

I researched Su as I went along. In the early chapters, I spent hours on google earth and street view, wandering around the streets of Seoul. I talked to colleagues who work in fostering and adoption, pleased to hear that ethnicity remains a very important consideration when finding placements. If it is not possible to find a “match”, a loving white family is considered better for a baby than remaining in care, or at risk. I read and got involved in forums where adoptees from South Korea were talking to each other and looking for their birth families. I watched documentaries, read books and articles, and spoke to friends who were adopted. After years of being too worried to write about this, I was surprised at how easily it flowed. I think that’s because I let my characters ask the difficult questions.

Turns out they don’t know the all the answers either.

~~~
I love hearing about how authors have come up with their characters and settings for their books. Fascinating stuff!

When Leah Oliphant-Brotheridge and her adopted sister Su go on holiday together to Magaluf to celebrate their A-levels, only Leah returns home. Her successful, swotty sister remains abroad, humiliated and afraid: there is an online video of her, drunkenly performing a sex act in a nightclub. And everyone has seen it.

Ruth Oliphant-Brotheridge, mother of the girls, successful court judge, is furious. How could this have happened? How can she bring justice to these men who took advantage of her dutiful, virginal daughter? What role has Leah played in all this? And can Ruth find Su and bring her back home when Su doesn’t want to be found?

Viral, by Helen FitzGerald is out now, published by Faber & Faber