This week Liz Barnsley from Liz Loves Books has been taking us on a reader’s journey through the world of Charlie Parker from the books of John Connolly. John’s latest book, A Time of Torment is published today.

On Monday she started the tour by looking at the mythology of Charlie Parker.

On Tuesday she talked about Louis and Angel – the anti-heroes of Charlie Parker’s world .

Wednesday found her talking about the Travelling Man and beyond.

Thanks to @Lizzy11268 for taking us on this literary road trip, and to @northernlass73 and @grabthisbook for being such gracious hosts.

Today I’d like to welcome Liz to *my* little blog (hi Liz!) where she’s going to talk about Charlie Parker’s world. Without further ado, over to Liz…

Like Stephen King, John Connolly sets a lot of his action (although not all of it) in Maine – a place of beauty and atmosphere, described so wonderfully at times within the stories that it comes to life around you – as a reader it is a perfect setting for Charlie, it informs the character almost as much as the events do.

Whilst Portland is a mainstay, the atmospheric and deep seated imagery comes when Charlie moves away from the wider communities into the small, more insular and less well known spots – the country and those hidden spaces, the places where it is easy to imagine evil might lurk, biding its time, waiting for a moment IN time.

Looking back over my experience with the settings within the books, the sense of place and the haunting feel that comes with some of the scenery was especially unforgettable in book two. In “Dark Hollow” the hunt for Caleb Kyle, who may be man or myth, takes Charlie back to the places of his childhood and out into the wilderness, a stark and unforgiving place that is a character in its own right. In this novel the shivery feeling that the atmospheric sense of place John Connolly creates every time brings becomes tenfold – you feel the chill, you see the landscape, you are right there in that place and time.

Again with book eleven the setting comes into its own. “The Wrath of Angels” finds us deep in the woods in more ways than one as certain things come to a head and the hunt for the site of a crash is on – Charlie up against some terrifying rivals in his attempt to track down a very important list that may change everything. The backdrop to this tale is so visceral, so real in its description that you are again transported into that world, the events unfolding with intense and simply stunning surrounding imagery that is a thing of beauty. And of terror.

These are just two examples of many of how the places inform the story, add an extra and extraordinary level to an ongoing series that is full of them. Who knows where Charlie will go next – but wherever it is we will be right there with him. 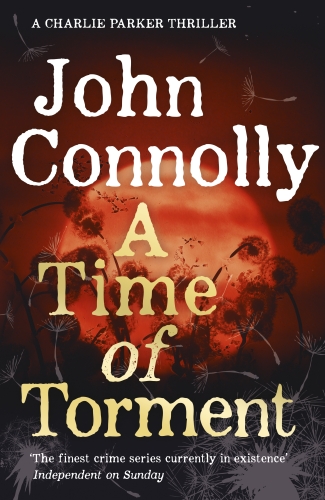 John Connolly’s A Time of Torment, the 14th book in his Charlie Parker series is published by Hodder & Stoughton on April 7th in the UK and Ireland, and by Emily Bestler Books/Atria August 2nd in the US.

Jerome Burnel was once a hero. He took action to save lives, never imagining how that might put his own at risk. Unknown forces humiliated him and stripped him of everything, sending him to prison for a crime he didn’t commit. He believes it’s only a matter of time before these forces kill him—but before he dies, he wants answers. Burnel turns to Charlie Parker: who are the people who ruined his life? What happened to the young woman he saved? And what is the secret concealed in a small town in West Virginia, where an ancient power rests?
Charlie Parker, reborn from death, is finding new ways to do battle with old evil. He and his longtime allies, Louis and Angel, descend on a strange, isolated community called The Cut, whose leaders serve only the Dead King. 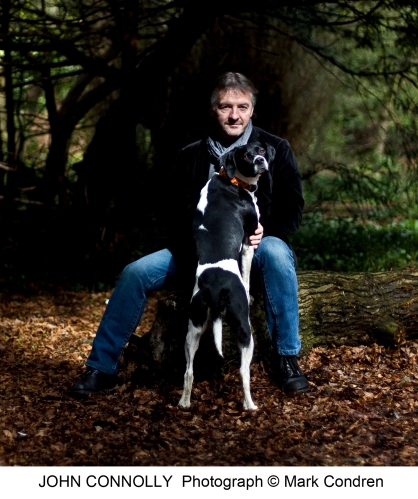