Today on the blog I’d like to welcome another Leeds-based writer, Lyn G. Farrell, author of The Wacky Man.

My new shrink asks me, ‘What things do you remember about being very young?’
It’s like looking into a murky river, I say. Memories flash near the surface like fish coming up for flies. The past peeps out, startles me, and then is gone . . .

Amanda secludes herself in her bedroom, no longer willing to face the outside world. Gradually, she pieces together the story of her life: her brothers have had to abandon her, her mother scarcely talks to her, and the Wacky Man could return any day to burn the house down. Just like he promised. As her family disintegrates, Amanda hopes for a better future, a way out from the violence and fear that has consumed her childhood. But can she cling to her sanity, before insanity itself is her only means of escape?

Lyn popped up on twitter after my chat with Ryan Tomlin and before long had agreed to a Q&A session too. And we all love a good Q&A, don’t we?

1. Hi Lyn. Thanks for agreeing to stop by the blog. Why don’t you start by telling us a bit about yourself and your background. How did you come to write a book?

Books quite literally saved my life. They gave me such happiness as a small child, something desperately needed in the violent home life I was born into. When I became a chronic truant at around 12 years old, I found solace in facts and fiction, and in the worlds I escaped to through books. I learnt about the world through encyclopaedia and learned about story writing through voracious reading. I think the seed to write was planted with the first books I read, so long ago. However, I had to build a new life first – university, employment, settling down – before I could begin to write a book. Hence, in middle age, my debut novel!

2. Give us the sixty second pitch for your book, The Wacky Man.

Amanda is an intelligent, articulate teenager fighting to overcome the violence and abuse that has consumed her childhood. We join Amanda on her journey to freedom and watch her battle, against the odds, to pick up the pieces of her life. Children like Amanda are often silenced; it’s important that we listen to her.

3. The main character, Amanda, is fifteen. How hard was it to get inside the head of a teenager, especially one with such a harrowing story?

The novel is inspired by real events in my own childhood so Amanda is very close to my heart. I found it much easier to depict her and her battles that some of the other characters (Barbara or the ‘shrink’ for example) where I spent months and months thinking deeply about how they might speak or feel or behave. I always knew Amanda’s story would be harrowing but I never shied away from this. I wanted readers to feel how lives like Amanda’s are lived.

4. I loved the cover of The Wacky Man. Is it something you had much input into?

Everyone comments on the cover which isn’t surprising as it is absolutely fantastic. Legend press use a brilliant designer called Simon Levy and he mocked up three covers for me to choose from. I knew instantly that this was the best one for the story and asked for few tweaks to be made (e.g. the face had glasses at first which I didn’t want). I’m sure Simon and Legend Press would have been happy to negotiate other changes as I was given a lot of input into every stage of publication, but it was already perfect.

5. I note that you won the 2015 Luke Bitmead Bursary Award. Congratulations! How did winning the award feel and what did it mean for your writing life?

Thanks so much. The initial reaction was total shock and disbelief and it wasn’t until I was on the train home, after the award night, that it started to sink in. I am absolutely thrilled to have won. It’s marked the shift from someone who writes to being a writer. I’m so busy with post publication author events and it’s exciting and hardly feels like work at all. I’m loving every minute of it and without Luke and his mum Elaine, none of this would be possible. I owe them both so much.

6. Which writers inspire you? If you had to recommend me a book (other than yours!) which would it be, and why?

Ooh, this is so difficult – I’ve just bought a new bookcase to accommodate all my recent purchases! I love so many books, so many writers and my mood for reading material changes all the time. Today I want to recommend ‘The Road’ by Cormac McCarthy. The sparse, bare prose style matches the story so brilliantly I have to bow down in awe. And it’s a rollercoaster ride of a novel. I found myself unable to breathe properly at times I was so caught up in the fear of the moment being described.

7. Finally, I see from your blog that your’re attempting to improve your Tibetan language skills. Tell me more!

I watched a film called Himalaya and the language spoken, a dialect of Tibetan, sounded like music to me. I fell in love with the film and watched it five times over a single weekend. I then found some Tibetan Buddhist penfriends, refugees in India, and went to stay with them a few years later. While I was there I was taught the alphabet (the basic 30 letters with 4 vowel sounds each, NOT any of the great many stacked letters!). Back home I had ten lessons by skype from a Tibetan guy in Canada until he went back to work on the oil rigs (!) and then studied on my own. My spoken Tibetan is very basic and I still can’t read sentences yet (Tibetan doesn’t have spaces between words as English does so you need to know ‘root’ letters so you can pick out the individual words). I have a Tibetan flat mate now and know quite a few UK Tibetans and am passionate about the Tibetan cause, so keep trying to learn more. Just lately it’s slipped (again) because I got a full time academic job a few months ago and now the writing job is taking up so much of my time.
Ngee Pho-kee ya po min dug L (My Tibetan isn’t good!).

It’s definitely better than mine! Thanks Lyn. 🙂

by Lyn G. Farrell is out in ebook and paperback now. 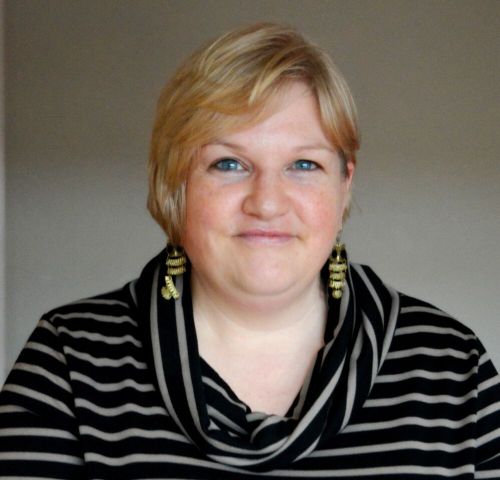