Delighted to welcome Marianne Delacourt to the blog today. Marianne is the author of the Tara Sharp novels which have been freshly revamped under the Twelfth Planet Press crime imprint Deadlines.

Today Marianne is here to talk about returning to the world of fictional characters. And thus, without further ado, I shall turn you over to Marianne.

Returning to the World of Fictional Characters
Marianne Delacourt

I just love the topic EsspresoCoco chose for this blog post because it’s one of the main reasons that I write at all. When I was about twenty, I was living in a remote community in Western Australia. I took a long time to fit in and for a few years felt quite isolated. Watching the EastEnders kinda got me through. It was then that I realised the power of attraction that familiar characters have over their audience. They give us a place to go – a home.

It’s the reason, I believe, that television is having such a resurgence in popularity, and why movie franchises like The Fast and the Furious can thrive. I would much rather make an emotional investment in characters who I can visit with time and time again than a one-and-done visit.

In the last few years, I’ve sought out long running series in both books and television so that I can hang out with characters/people I know and love. There is so much satisfaction in watching them persevere until they succeed, and huge comfort to be gained from being in their lives.

As the author of fictional series, the same principles apply. Writing several Tara Sharp novels has allowed my cast to grow. I see it pretty much like raising a family. Take Tara Sharp herself… when we meet here she’s a bit of mess, but slowly she pulls herself out of that hole and takes some control of her life, and we get to go along for the ride. Then there’s Cass… she’s a runaway who can barely read or write at the beginning, but Tara’s influence in her life helps her chose another path. Then there’s Tara’s security chief Wal, who at in his middle age falls in love for the first time. And Tara’s crush, Nick Tozzi, who must negotiate the rocky path of a failing marriage.

So, don’t feel sorry for the starving writer in the garret living on apples, they’re having the time of their life, hanging out with people they’ve constructed and worlds they’ve built. To my mind, that’s about as lucky as you can be!

The third novel in Marianne Delacourt’s series of paranormal crime novels about unorthodox PI Tara Sharp, ‘Too Sharp’, launched this week. The novel is available from all online retailers, including Twelfth Planet Press and Amazon. Readers new to Delacourt’s Tara Sharp series can spark their addiction with ‘Sharp Shooter’, the ebook of which is available for free for a limited time to celebrate the launch. 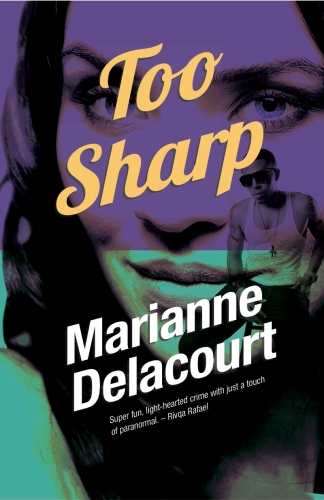 Marianne Delacourt is the alter ego of award-winning, internationally-published Science Fiction writer Marianne de Pierres. Renowned for dark satire in her Science Fiction, Marianne offers lighter, funnier writing under her Delacourt penname. As Delacourt, Marianne is also the author of Young Adult fiction series Night Creatures (Burn Bright, Angel Arias and Shine Light). She is a co-founder of the Vision Writers Group and ROR – wRiters on the Rise, a critiquing group for professional writers. Marianne lives in Brisbane with her husband and two galahs.
You can find more about Marianne’s Tara Sharp novels at tarasharp.com.au, more about Marianne herself at mariannedepierres.com or on twitter @mdepierres 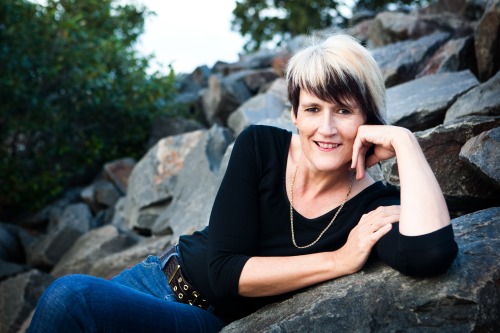