Delighted to be part of the blog tour for Netherspace, a new collaboration project from Andrew Lane and Nigel Foster. Netherspace is start of a brand new science fiction series in which contact with aliens is only the beginning… 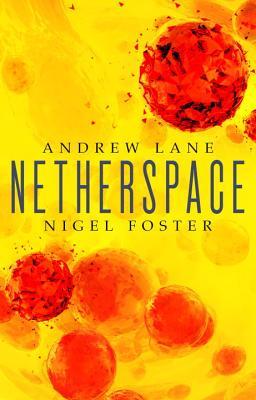 Contact with alien species was made forty years ago, but communication turned out to be impossible. There is only trade in technology, which allows humans to colonise the stars, but at a heavy cost: alien netherspace drives are exchanged for live humans. When a group of colonists are captured by a group of Cancri aliens, a human mission is sent to negotiate their release. But how can you negotiate when you don’t know what your target wants?

I’ve got an extract from the novel for you today. Enjoy!

Netherspace is published by @TitanBooks, and is out now. The blog tour continues tomorrow at Sci-Fi Bulletin.