Nearly time for First Monday Crime, the March Edition. Some fabulous authors appearing on the panel this month.

Here’s a quick rundown of the authors and their books on this month’s panel. 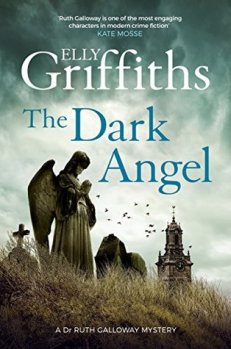 Dr Ruth Galloway is flattered when she receives a letter from Italian archaeologist Dr Angelo Morelli, asking for her help. He’s discovered a group of bones in a tiny hilltop village but doesn’t know what to make of them. It’s years since Ruth has had a holiday, and even a working holiday to Italy is very welcome!

So Ruth travels to Fontana Liri, accompanied by her daughter Kate and friend Shona. In the town she finds a medieval shrine and a dark secret involving the war years and the Resistance. To her amazement she also finds Harry Nelson, who is enduring a terrible holiday at a resort nearby. But there is no time to overcome their mutual shock – the ancient bones spark a modern murder, and Ruth must discover what secrets there are in Fontana Liri that someone would kill to protect

Anatomy of a Scandal, by Sarah Vaughan 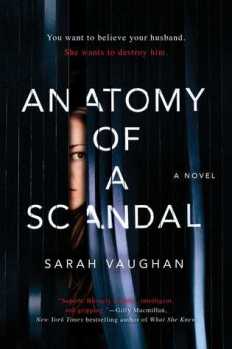 Sophie’s husband James is a loving father, a handsome man, a charismatic and successful public figure. And yet he stands accused of a terrible crime. Sophie is convinced he is innocent and desperate to protect her precious family from the lies that threaten to rip them apart.

Kate is the lawyer hired to prosecute the case: an experienced professional who knows that the law is all about winning the argument. And yet Kate seeks the truth at all times. She is certain James is guilty and is determined he will pay for his crimes.

Who is right about James? Sophie or Kate? And is either of them informed by anything more than instinct and personal experience? Despite her privileged upbringing, Sophie is well aware that her beautiful life is not inviolable. She has known it since she and James were first lovers, at Oxford, and she witnessed how easily pleasure could tip into tragedy.

Most people would prefer not to try to understand what passes between a man and a woman when they are alone: alone in bed, alone in an embrace, alone in an elevator… Or alone in the moonlit courtyard of an Oxford college, where a girl once stood before a boy, heart pounding with excitement, then fear. Sophie never understood why her tutorial partner Holly left Oxford so abruptly. What would she think, if she knew the truth?

Early one Monday morning, much like today, journalist Alex Kubelick walks up to a total stranger and slaps him across the face. Hard.
He thanks her.
They’ve both just earned Emoticoins in a new, all-consuming game that trades real-life emotions for digital currency. Emoticoins are changing the face of the global economy – but someone or something seems to be controlling the game for their own, nefarious purposes.
As Alex begins to pick apart the tangled threads that are holding the virtual game together she finds herself on the run from very real enemies. With the world economy teetering on the brink of collapse, it seems there’s only one person who might have the answers she seeks.Someone who hides behind the mysterious name ‘Lucky Ghost.’
But who is Lucky Ghost… and can they really be trusted?
And what do they want?

The Intrusions, by Stav Sherez

When a distressed young woman arrives at their station claiming her friend has been abducted, and that the man threatened to come back and ‘claim her next’, Detectives Carrigan and Miller are thrust into a terrifying new world of stalking and obsession.
Taking them from a Bayswater hostel, where backpackers and foreign students share dorms and failing dreams, to the emerging threat of online intimidation, hacking, and control, The Intrusions explores disturbing contemporary themes with all the skill and dark psychology that Stav Sherez’s work has been so acclaimed for.
Under scrutiny themselves, and with old foes and enmities re-surfacing, how long will Carrigan and Miller have to find out the truth behind what these two women have been subjected to?

Lots to add to my TBR list – they all sound brilliant! Have you read any of them?