Today I’ll be looking at some of my favourite dystopian futures in fiction.

Kicking off with Suzanne Collins’ The Hunger Games, which I’m fairly sure most of you will have heard of, even if only for the movies.

I’ve only read the first book in the series, but thought was fantastic. I picked it up on Kindle, , and found myself grabbing ten minutes here, 15 minutes there to just get through a little more.

I got the book a few years before the film came out, and whilst they did a pretty good job (J-Law kicking ass as Katniss), the book is much, much better. Of course.

Next up is a more recent read. Claire North’s stunningly good 84K (Orbit)

What if your life were defined by a number?
What if any crime could be committed without punishment, so long as you could afford to pay the fee assigned to that crime?
Theo works in the Criminal Audit Office. He assesses each crime that crosses his desk and makes sure the correct debt to society is paid in full.
But when Theo’s ex-lover Dani is killed, it’s different. This is one death he can’t let become merely an entry on a balance sheet.
Because when the richest in the world are getting away with murder, sometimes the numbers just don’t add up.

84K is not an easy read, and at times I had to put it down to give my brain a rest from the complex interweaving of narratives – the now and the then melt into each other as sentences melt into paragraphs. This is a book which demands your attention, but rewards you oh so richly for it. I found myself struggling to find the words to try and convey just how good this book is.

Look, I talked about these two books in my favourite sci-fi post the other day. The post-apocalyptic dystopia here is beautifully realised. It’s dark and brutal, and definitely not for the faint-hearted, but if you give it a chance, it’ll grab you by the hand and take you on a dust-soaked ride across the wilderness to some places you’ll not soon forget.

Everything About You, by Heather Child (Orbit)

Freya has a new virtual assistant. It knows what she likes, knows what she wants and knows whose voice she most needs to hear: her missing sister’s.
It adopts her sister’s personality, recreating her through a life lived online. But this virtual version of her knows things it shouldn’t be possible to know.
It’s almost as if the missing girl is still out there somewhere, feeding fresh updates into the cloud. But that’s impossible. Isn’t it?

Another book that went on the favourite sci-fi list, but also one which is just as at home here. The near-future setting of Everything About You definitely has dystopian written all over it. Chillingly plausible.

The Girl With All The Gifts, by MR Carey (Orbit)

Melanie is a very special girl. Dr. Caldwell calls her “our little genius.”
Every morning, Melanie waits in her cell to be collected for class. When they come for her, Sergeant Parks keeps his gun pointing at her while two of his people strap her into the wheelchair. She thinks they don’t like her. She jokes that she won’t bite, but they don’t laugh.
Melanie loves school. She loves learning about spelling and sums and the world outside the classroom and the children’s cells. She tells her favorite teacher all the things she’ll do when she grows up. Melanie doesn’t know why this makes Miss Justineau look sad.

It’s the characters which make this book so special. Melanie is wonderfully drawn and we see the crumbling world through her eyes. The ending is spectacular. There’s a good reason it made my books of 2017 list. The sequel, The Boy on the Bridge is just as good, but very different. It’s one of those books that you just inhale in a single sitting, then fall back and marvel at what you’ve just read. The Girl was good, The Boy was astonishing, and together they make one hell of a team. 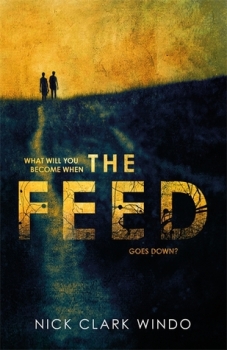 The Feed is everywhere. It can be accessed by anyone, at any time. Every interaction, every emotion, every image can be shared through it.
Tom and Kate use The Feed, but they have resisted addiction to it. And this will serve them well when The Feed collapses.
Until their six-year-old daughter, Bea, goes missing.
Because how do you find someone in a world devoid of technology? And what happens when you can no longer trust that your loved ones are really who they claim to be?

Another book which made my books of 2017 list. Splendid concept, beautifully and horrifyingly realised. Imagine having Twitter/Facebook/everything implanted in your head where every fact is mere nanoseconds away, where books are obsolete and society is addicted the ever-present rush of knowledge and has been for years. Now, imagine what happens when the Feed goes down. Superb. The opening chapters are a horrifyingly credible view of a future not too far away.

Saving the very best for last, we’ve got The Wolf Road, by Beth Lewis 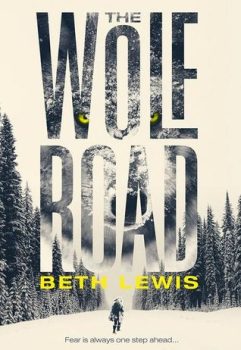 Everything Elka knows of the world she learned from the man she calls Trapper, the solitary hunter who took her under his wing when she was just seven years old.
But when Elka sees the Wanted poster in town, her simple existence is shattered. Her Trapper – Kreagar Hallet – is wanted for murder. Even worse, Magistrate Lyon is hot on his trail, and she wants to talk to Elka.
Elka flees into the vast wilderness, determined to find her true parents. But Lyon is never far behind – and she’s not the only one following Elka’s every move. There will be a reckoning, one that will push friendships to the limit and force Elka to confront the dark memories of her past.

The Wolf Road is, quite simply, brilliant. Wonderfully written, with a superbly strong female lead the like of which I’ve not seen for a very long time. The story is told through her eyes, and she has a quite distinctive way of telling it – this takes a little getting used to, but you quickly come to love her tough talking, no-nonsense approach to life and the situations she finds herself in.

We follow Elka on her journey across the post-apocalyptic landscape of Canada and the Yukon, where the ‘Big Stupid’ has pushed what’s left of society into the days of the Western and the Gold Rush. Beth Lewis shows a deft hand with turning up the tension as the hunt progresses and we find out more about our young heroine. I loved the way that her life with Trapper is revealed an inch at a time, each one providing a glimpse into what made her the fearless young woman she has become.

I found it incredibly hard to put down. It’s one of those books where you close it and just know that you’re going to be pestering others to read it.

This is me, pestering you. So, go read it.

There we go, some of my favourite dystopian books.  Have I missed any of your favourites? Have you read any of these?

As ever, I’d love to know what you think.