Inspired by Splodz and The Urban Wanderer, I thought I’d put together a little A-Z of me as a bit of a change to the usual OMG THIS BOOK IS TOTES AMAZE YOU SHOULD READ IT.[1]

A is for astrophysics

So yeah. I studied astrophysics at university. It was fun, hard work, and sounds great.
I wasn’t very good at it. Should have done maths. 🙂

B is for books and blogging

As you’ve probably guessed, espresso coco is pretty much entirely a book blog. I read a lot of books, but not as many as some of my #bookblogger chums, who seem to churn through a book a day, and are constantly putting out fantastic reviews. I’m aiming for 60 books this year, which will be a new record for me.

C is for coffee and cycling

I love coffee. Start the day with an espresso, and spend entirely too much time and money in Leeds’ many and varied indie coffee shops.

I also love cycling, and have written a couple of cycling adventure posts, on turning left and getting off the beaten track. I’ve got several bikes – four (and a half) of them – and love nothing more than going for a cycle through the woods. 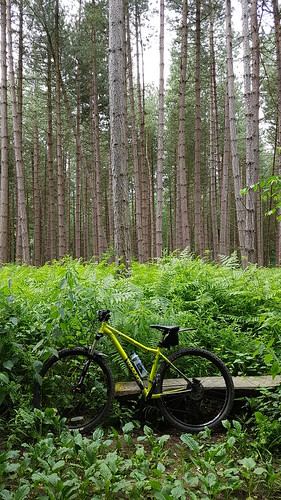 It’s pronounced ‘dah-keh-gra’. Not dake-gra, dah-kee-gra or anything else. Though I do love Cody Wanner’s attempt here (skip to about 2.42)

(Cody is a great vlogger, you should check him out)

E is for espresso coco

[insert YOU ARE HERE graphic]
Yup, this is my blog, my little chunk of the internet. Welcome! Come in, pull up a chair and let’s talk books. Or
movies, or stuff. Brew?

F is for Firefly

G is for gaming and Guinness
Apart from reading, I love playing games on my XBox or Nintendo Switch. I’m fairly terrible at games though, but it doesn’t put me off. I’ve also tinkered with writing about games – see The Fallout Diaries. I also loved playing Skyrim and lost months of my life to it. I could tell you such tales, like the time I got married to Farkas – lovely wedding, all our friends came then he went mysteriously missing for three weeks of game time because the beautiful idiot decided to walk home ACROSS THE ENTIRE MAP. Then kept rearranging my troll skull collection, and was often found with the Captain of the Guard in our house. Maybe it was him who messed up my troll skulls. Or the time a horse fell on me up at the top of a mountain, or when a dragon fight ended up with a dead dragon skeleton on my front lawn…

Ed and I thought of setting up a YouTube gaming channel where I’d play games whilst he mocked me for being RUBBISH and unable to hit anything with pretty much any kind of weapon ever. We’d have been a smash hit.

I’m also partial to a nice pint of Guinness. 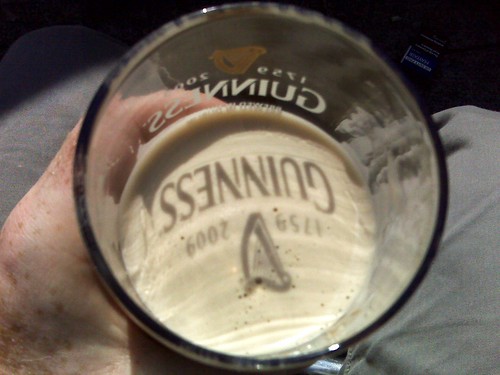 H is for Harry Potter and Howler

Two of my favourite books. I’ve read the Harry Potter books multiple times, and listened to the audiobook on car journeys more times than I care to count. I got Harry Potter trivial pursuit for christmas, but had to stop playing in the end because I kept winning. I’ve also written a couple of posts about how death eaters got their name and how wizards get their wands.

Howler refers to the Red Rising trilogy, by Pierce Brown. Stunningly good, I highly recommend that you read them. Though I’ve probably recommended them to you before. Have you read them yet? Also Pierce is a thoroughly nice chap. Met him at the Howler Party that Hodder threw for the launch of book 3, Morning Star.

I is for ice cream

Vanilla, or mint choc chip. Never chocolate. It’s weird – I like chocolate, or chocolate cake. But not chocolate ice cream.

J is for juggling

I’ve been juggling since I was at university *cough* years ago and I find it enormously relaxing. There’s something hypnotic about juggling. It forces you to be in the moment. All other worries fade to one side as you get into the rhythm of throw, catch, throw, catch. It’s all very zen (and there’s an excellent book called The Zen of Juggling by Dave Finnigan).

I’ve taught quite a few people to juggle over the years too – and you’d be surprised at how many of them started with “oh, I couldn’t possibly/I’m too clumsy/I’ve got no co-ordination”

I’ve also talked about juggling on the blog. It wasn’t always just about books!

K is for kids

I’ve got two – Ed and Lil. Both are awesome.

L is for Leeds and librarians

I moved down to Leeds to go to university nearly 30 years ago and never quite left. I got a job working in the university library washing shelves and moving books around, then ended up there for a year before doing a postgrad course in librarianship, which turned into a job for three weeks at a law firm in their library, which turned into a job at a different law firm’s library for a few years. Now, five career moves later, I’m still here. Well, just down the road in Wakefield, but I work in Leeds and love my adopted city. I also love taking photos of Leeds.

M is for Monty and maps

I’ve been calling myself a writer for some years now, and always feel slightly guilty about it. I’ve written more than a few scenes or short pieces featuring Monty, gentleman thief and drinker of coffee. They’re great fun to write, and I really should try and do some more. Whether it’s him making prank calls, not being drunk, encountering a minefield or making a getaway, I love coming up with new adventures.

I also love maps. There’s something glorious about them, translating the physical space into two dimensions. I’ve also written about maps elsewhere on the blog: Maps. What’s up?

So, April is done. My movie A-Z is over. I had a lot of fun writing it (and watching the movies).

Our alphabetical journey through film took us from Alien (and its sequels) through to Zardoz (and *that* photo). Along the way we stopped off in the eighties for Ferris Bueller and The Breakfast Club. We dallied in old-school animation with Miyazaki and Howl’s Moving Castle before going more high-tech with Pixar’s Up and WALL-E and Jack Black’s turn as Po, the Kung Fu Panda. We caught fire with Katniss Everdeen in the second Hunger Games movie and talked Bond old and new – Connery’s Goldfinger (to counter his Zardoz), Brosnan’s GoldenEye and Daniel Craig’s Quantum of Solace – not as bad as people make out, especially if you consider it the second half of Casino Royale.

Brosnan also gave us The Thomas Crown Affair, whilst Casino Royale’s Mads Mikkelsen turned up again as the mute Viking warrior One-Eye in the acid trip that is Valhalla Rising.

We journeyed into space, firstly for the big budget blockbuster The Empire Strikes Back (a thinly-veiled cover for me to wax lyrical about Star Wars) to the smaller films: Pitch Black and Moon. We got to Moon from Labyrinth, featuring Moon’s director’s dad in some splendidly scene-stealing trousers.

Speaking of scene-stealing trousers, Burt Reynolds’ jeans in Smokey and the Bandit could give Jareth’s a run for their money any day of the week. Throw in Bob Peck’s thighs in Jurassic Park and you’ve got quite the party. Something you’d only see in a cheese-induced dream, which leads us nicely onto Inception.

Back to reality with a bump (and a claw hammer) for Oldboy and The Raid, two superb examples of their genre. The action turned more Hollywood for National Treasure (featuring GoldenEye’s Sean Bean) and Die Hard (which had the Breakfast Club’s Mister Vernon). See? I did try and link this lot together!

Some letters were harder than others. X was only ever going to be The X-Files or X-Men. This time it was the former. Next time, the latter?

We finished with some laughs, courtesy of Mel Brooks’ Young Frankenstein. And, of course, Mister Connery. That photo always raises a smile. Oh, go on then. Here it is again.

That was my A-Z. I know I missed out a ton of really great films, and had some brilliant suggestions along the way via Twitter and in the comments. I may turn this into a regular thing. What do you think?