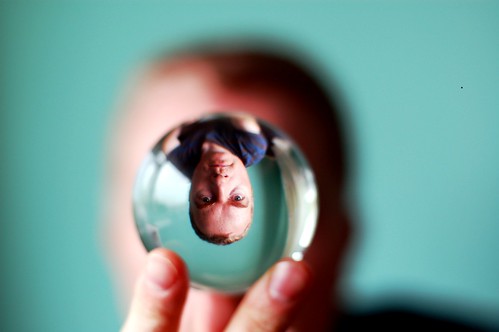 Well well, dear reader. Here we are on day ten of #DaBloPoMo[1]. It’s been going quite well thus far, I think.

I’ve talked about a number of things thus far. On day 1 we had a chat about amusing spam, followed up by a post prompted by @LeedsBookClub talking about the film Labyrinth, in which you can see me playing with my ball.

No, it’s an crystal[1] juggling ball. Filthy minds, you lot.

Did you watch the videos I failed to embed? Really, you should. Let me try again.

Day 3 and I was playing with a pulp fiction cover generator.

Then I talked about being a stationery geek. This post got picked up on The Pen Addict’s Ink Links and blog views went nuts. Well, relatively. Tons more views than usual. Still getting traffic now from it. Thanks Pen Addict!

I had a chat about coffee, then rambled at length about ebooks and kindles. Another good post for views, that one.

That led onto my love affair with books, prompted by Becs of Bits and Bobs Becs. She left a great comment on the ebook post too, with a link to a wonderful letter by Harper Lee.

Following up the book theme, I looked at interesting things found inside books, with particular reference to something awesome I found in a lovely little book of poetry.

Then yesterday I was a little ill, so left you with a photo of a tree.

It’s been a busy ten days, dear reader. I’ve got a whole host of other things to natter on about in February. Watch this space!