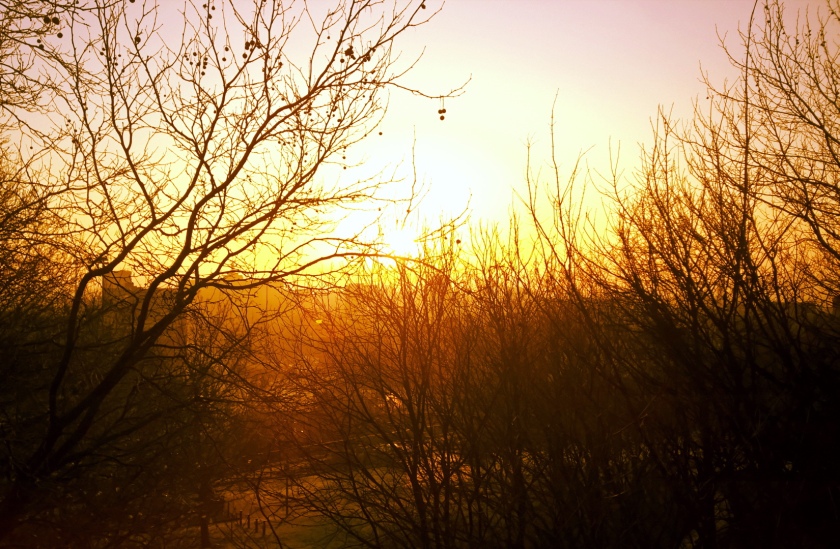 It was three years ago that I started a new job in central Leeds. This was my view.

It’s brilliant being that high up over the city. Leeds really has some fantastic architecture (along with some fairly hideous modern stuff. And some fairly brutalist 60s tower blocks).

The best bit about being up that high? You get to see sunsets like this.

I took that one not long after I’d started, and I had it on as my computer desktop background for ages. One of my colleagues saw it one day and remarked “you don’t get sunsets like that in this country!”

I pointed out of the window. I’m not entirely sure they believed me.

A succession of spectacular sunsets followed over the years and occasionally I had my camera with me to capture them.

Just to prove it’s not all about the camera, I took this one with my little £40 Canon point & shoot. It made it into Flickr’s Explore, which I’m still enormously proud of.

There’s something about that skyline which I just love.

It’s not all sunsets though. Sometimes you get some pretty crepuscular rays. This one made Flickr’s explore too. Looks like it’s not just me that likes that skyline.

And recently we’ve moved to a new building. The window behind me points in the opposite direction, over towards the south east.

I’ll just have to make do with sunrise photos.

We’ve been dog-sitting for the weekend, which is always fun. It also means that I get out on a long-ish walk with her up around Sandal Castle then down to the lake. And get to see sights like this.

I *love* this time of year.

Yes, I know I take a lot of sunset photos. And I’ve just realised that I’ve done a week’s worth of photo-heavy posts in a row. Regular blogging will resume shortly.